Marriage with foreign elements is increasingly common in society. The dragon law firm will give you more specific details about conditions for marrying a foreigner

Part 1 of this article will mention General provisions on marriage registration related to foreign elements. Dragon Law Firm which is the best law firm with expertise in family marriage will advise you specifically about the above conditions:

-The marriage must be registered at the competent state agency according to the rites prescribed in Article 9 of the Marriage and Family Law. Any marriage ceremony not in accordance with Article 9 is not legally valid.

1. A marriage shall be registered with a competent state agency in accordance with this Law and the law on civil status.

A marriage which is not registered under this Clause is legally invalid.

2. A divorced couple who wish to re-establish their husband and wife relation shall register their re-marriage.”

- Marriage is prohibited in the following cases (Clause 2, Article 5 of the Marriage and Family Law):

+ Taking advantage of marriage and family rights for human trafficking, labor exploitation or sexual abuse or committing another act for self-seeking purposes.

- Domestic marriage under the jurisdiction of the Commune People's Committee (between two Vietnamese citizens permanently residing in the country, including cases of their temporary stay abroad)

2. In case a foreigner residing in Vietnam requests marriage registration in Vietnam, the district-level People's Committee of the place of residence of either partner shall register the marriage.”

For more detail, kindly contact to Dragon Law at:

(Priority send via message. We will respond as soon as possible) 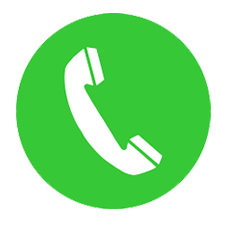